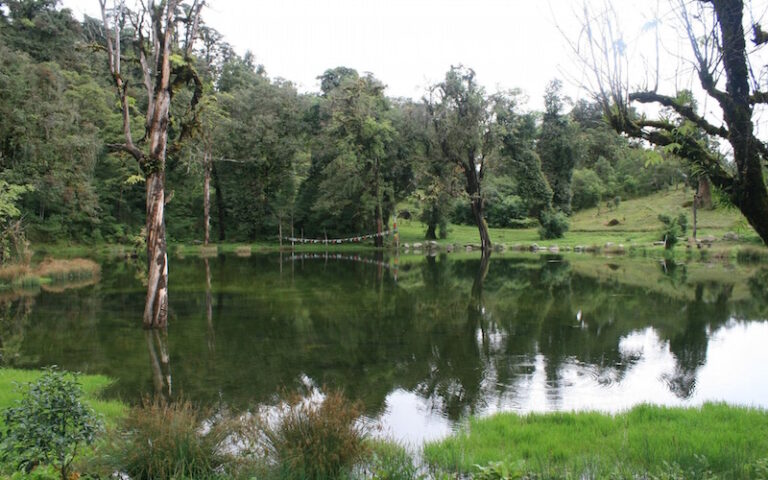 The Royal Botanical Park, Lamperi is the first botanical park in Bhutan and forms the backdrop of the Dochula Pass. The park forms a biological corridor of 47 square miles (120 km2) between the Jigme Singye Wangchuck National Park and the Jigme Dorji Wangchuck National Park and has a popular botanical garden within it which is spread over an area of 125 acres (51 ha). This is planted with 46 species of rhododendron of which 18 species are native to the park while the other 26 species are brought from other regions of Bhutan and planted here. These bloom from mid-March to early August.

The botanical garden of the park has within its limits the 108 stupas (chortens) at the Dochula Pass (3100m). The park was formally declared open in June 2008 to mark the anniversary of the Coronation of King Jigme Kesar Namgyel Wangchuk and the centenary of Bhutan’s monarchic rule. Mr. Phenden Gyamtsho is the Park Manager, heading a technical team of young, humble, and hardworking staff. The park facility center opens from 9 am to 5 pm in summer and from 9 am to 4 pm in winter. The park seriously embarks on waste management advocacy programs to educate the general public. Garbage IN and garbage OUT policy is being emphasized.